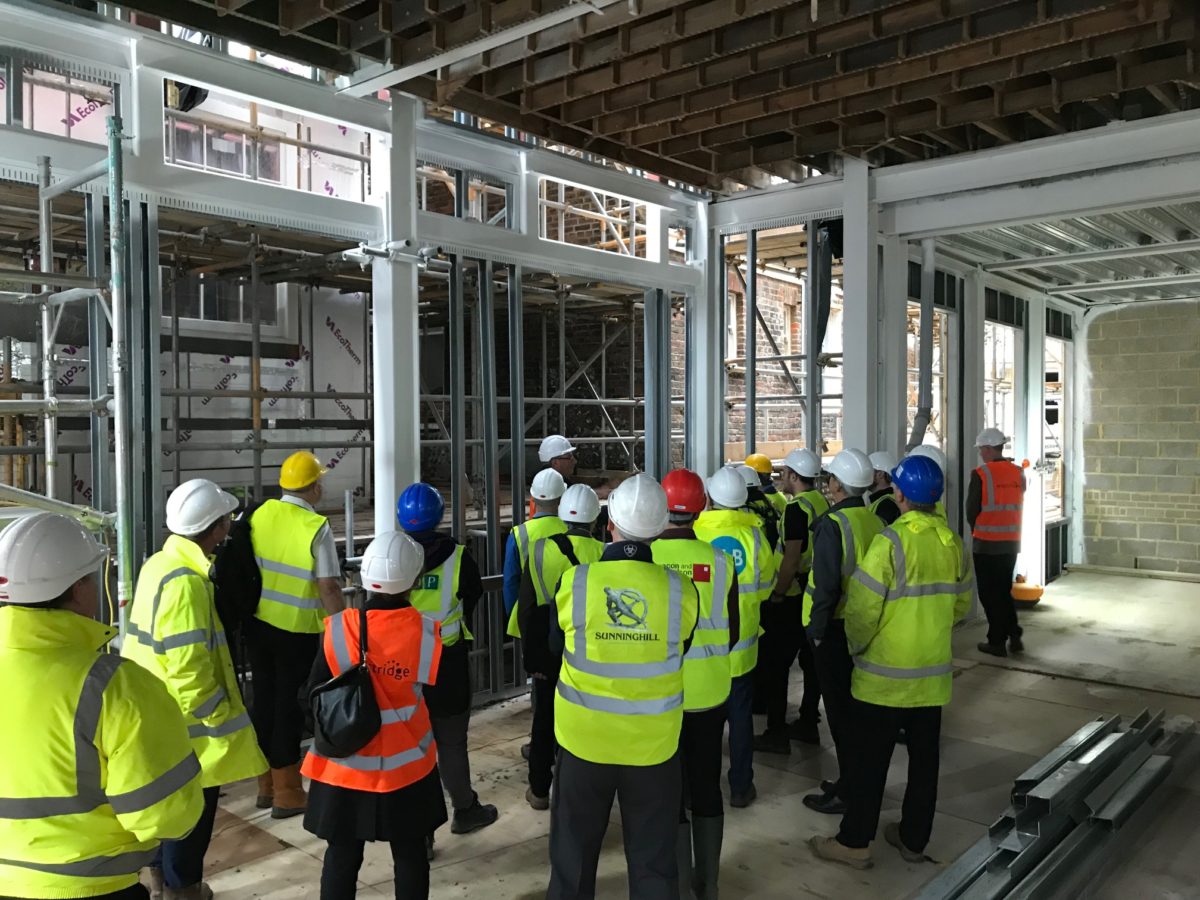 On Wednesday 12 September a group of delegates from Constructing Excellence Sussex were given privileged access to Westridge’s Hannington’s Estate construction site in Brighton. The mixed-use project, when completed in early 2019, will open up a new area of the Brighton Lanes, replacing what was previously service yards and ancillary buildings behind the former Hannington’s department store.

The visit began in one of the newly-constructed retail units where we heard from Mike Goodchild of Morgan Carn Architects. Mike gave an entertaining, warts-and-all presentation about the challenges of getting such a complicated scheme to site, particularly in the planning phase (where the design team had to hold its nerve and work at risk on certain key elements including demolition of the listed Timpson’s building) and also some of the practical difficulties the project faced once work started such as restricted access for temporary and permanent works. The upbeat conclusion was that the project is approaching successful completion. Mike especially praised Westridge’s approach to overcoming problems. Lee Stewart of HOP then followed up with a technical review of some of the structural engineering issues including unexpected foundations in the way of drainage run and meeting sound and fire regulations. Overall a light-touch approach had been favoured including reusing old walls and foundations where possible and there were a number of innovations required of necessity such as using massively oversized surface drainage pipes as an attenuation system instead of large tanks due to restricted space, and sensitively working round adjoining buildings which were in some cases already in a dilapidated condition.

After a short site induction by Paul Miles of Westridge, we then split into groups for a tour of the site where we were shown, among other things, the open plan office space created in the upper parts of the old department store, the retail and leisure units fronting the new lane and one of the first floor residential units overlooking the lane. The route also passed Puget’s Cottage, reputedly the oldest house in Brighton, which forms part of the scheme and had to be stabilised and repaired. Westridge kindly provided refreshments after the tour groups returned to base.